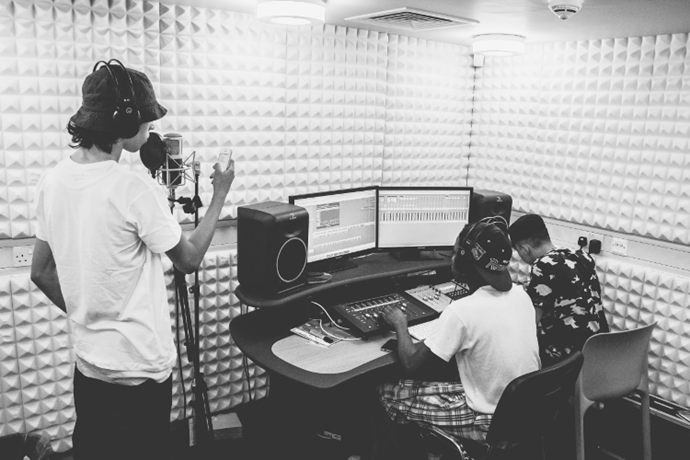 Setup by local music producer Semothy Jones (Lily Allen, Professor Green, Wretch 32, Plan B, Boy Better Know) and his team of mentors in 2014, Gain Ctrl has since helped many of it’s members progress with their creative careers.

Rocky Nico was one of the first to join the Gain Ctrl roster. He started developing his skills from the age of 14 and by 16 he was featured in NME magazine and in the studio with Skepta.

“If it wasn’t for Gain Ctrl I wouldn’t be the person I am today. I never thought I’d be able to achieve what I’ve accomplished and go to places where I’ve always wanted to go” Rocky Nico

Louella Lucas joined the pre-booked sessions where the team helped record the songs she had written herself at just 14 years old. One of the recording sessions was filmed and shared with some industry friends which then lead to Louella working with UK chart toppers Rudimental.

Eric IV came to Gain Ctrl with his producer Dan to mix and master several of their songs, they went on to collectively gain over half a million YouTube plays.

So if you want to get into music and have the dedication to push things forward with support then get in touch.

Dates and Times: Tuesdays and Thursdays in term time
4pm - 8pm (drop in at a time that suits you)
Ages: 13-21
Bookings: Just turn up or call Anna on 07884007588. Please note you're not guaranteed a studio session, these are allocated on a first come, first served basis.

Retweeted by @platformhub
Welcome to The Next Stage! Our partnership with @platformhub kicks off today. A free 5 day in person course designed to help young people decide if they want to apply for drama school. Find out more: platformislington.org.uk/events/tns-act…

@RADA_London Oct 25 via twitter
Retweeted by @platformhub
We have teamed up with @platformhub again for The Next Stage from Mon 25 – Fri 29 October - designed to help young people decide if they want to apply for drama school. Find out more about the course lhttps://bit.ly/3vlhATw 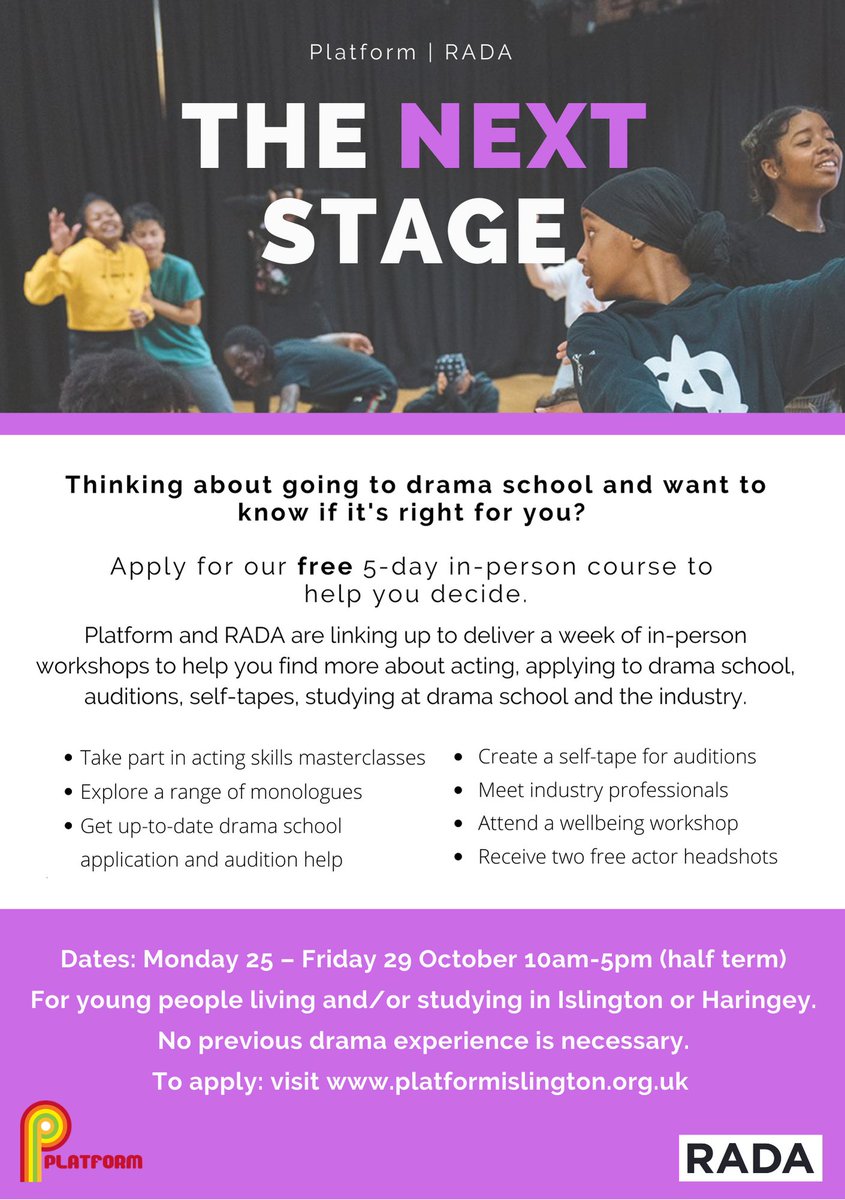 @RADA_London Oct 20 via twitter
Retweeted by @platformhub
We have a new Youth Mindfulness course starting on Monday October 25th The Lift Youth Hub @Lifthub. Get in touch to find out more or to sign up. 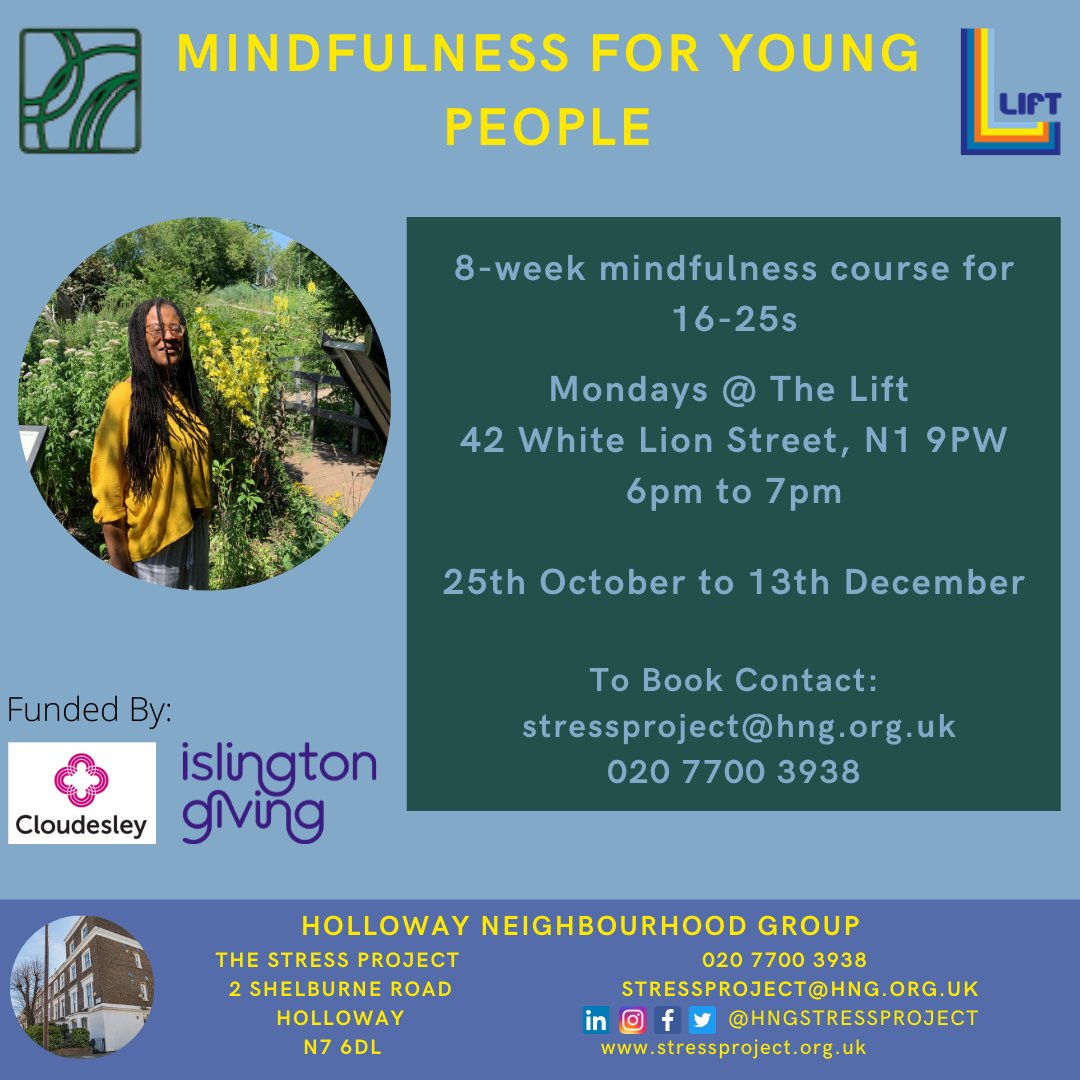 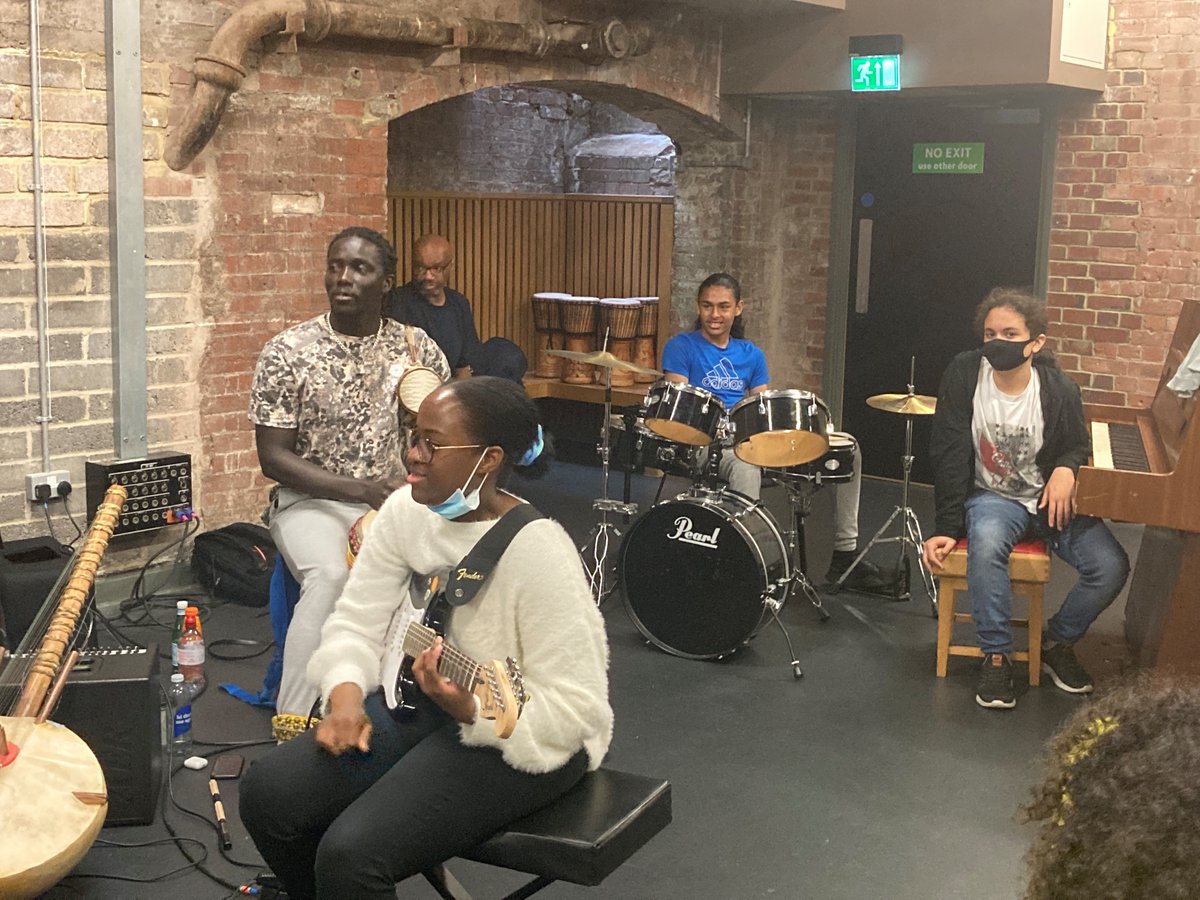